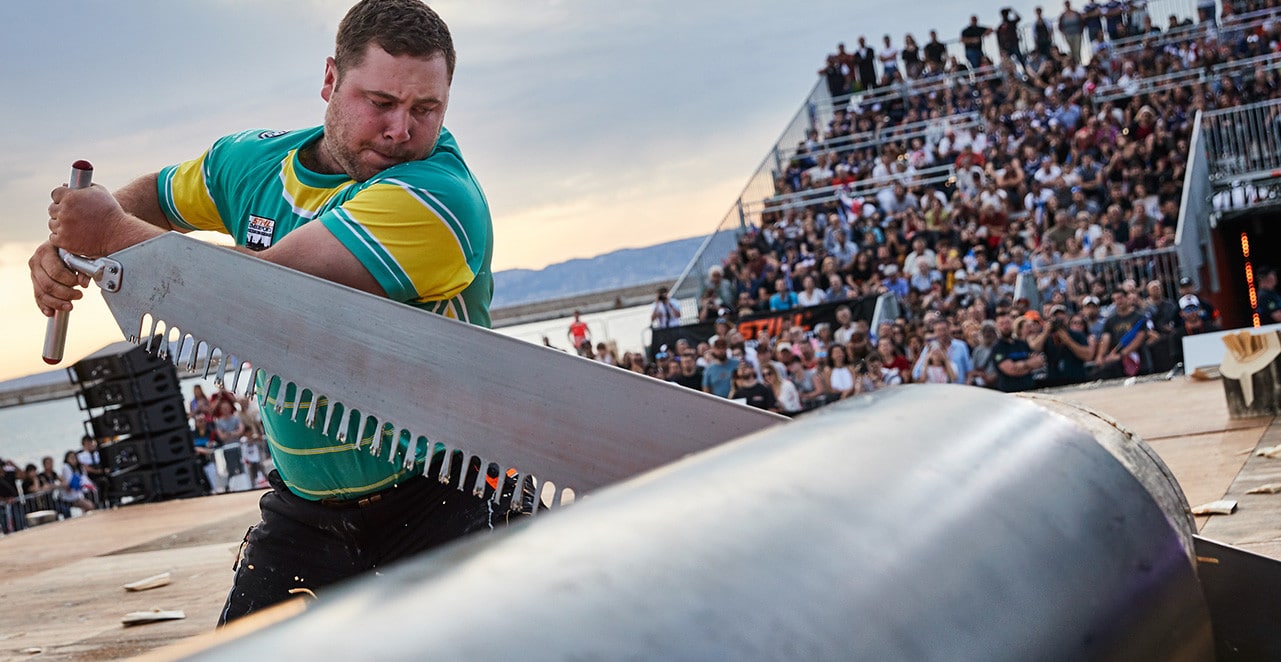 For the second year in a row, Mitch Argent from Blackbutt, Queensland was crowned Australian champion at the STIHL TIMBERSPORTS® Australian Champions Trophy on Friday 20 April. Mitch battled it out against Australia’s most successful STIHL TIMBERSPORTS® athlete Brad De Losa in The Original Extreme Sport in a thrilling final round of the knockout competition.

Check out the final here

Mitch is now set to take on the best in the world, and will head to Europe to compete for the STIHL TIMBERSPORTS® World Champions Trophy Title on 26 May in Marseille, France. Mitch from Blackbutt, Queensland has been competing in STIHL TIMBERSPORTS® since 2015. He began his career as a 12 year old in the ‘boys chop’ at the Royal Shows and Country Fairs around Queensland.

Hundreds of sports fans and Sydneysiders packed out Sydney’s Entertainment Quarter to catch all of the chopping action on Friday evening. 13 of Australia’s best STIHL TIMBERSPORTS® athletes battled it out in front of a packed crowd, coming down to arguably two of the best athletes in the world. Victorian Laurence O’Toole broke the Australian record in the qualifying time trials, breaking through four chunks of wood in just 1 minute and 9 seconds, and finished as the second runner up for the competition. But it was Mitch that took the top spot with his Grand Final performance.

Check out the sizzle reel here

Mitch was pumped with the result. “I’m stoked with the results from today. Being awarded the Australian Champions Trophy makes the tough, gruelling training all worthwhile. I’m pumped to have the opportunity to go to France in May and compete for Australia against the best in the world,” he said.

Timbersports is coming to the Gold Coast this September! Find out more here. 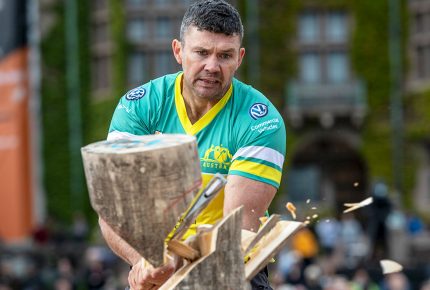 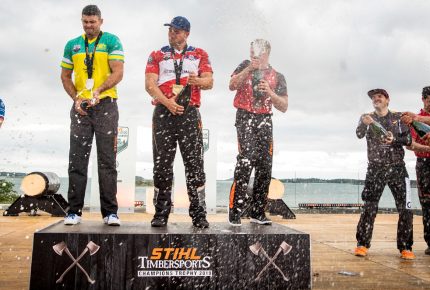