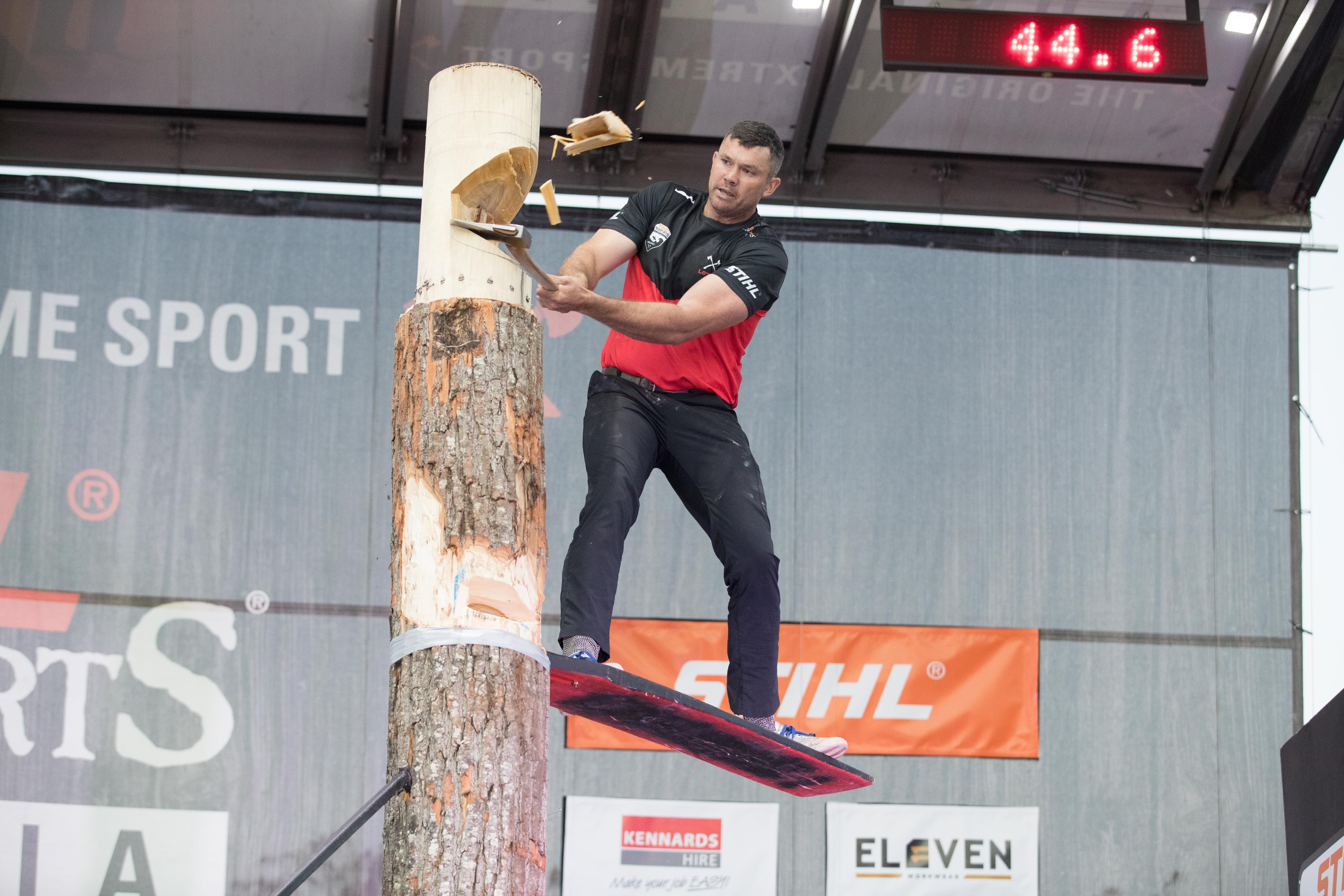 Ahead of the 2019 Championships, we caught up with STIHL TIMBERSPORTS® Australia’s Sports Director, Shayne Maxwell, to discuss his thoughts on how the competition will unfold. This year sees the Australian Championship make the switch to the exciting elimination format that’s been in play at the World Championships for the past few years, a format that has created many discussions across the STIHL TIMBERSPORTS® world with some athletes liking it, and some not.

Q: Shayne, what is so different about the new format?

Last year’s format saw all athletes compete in six disciplines, and the athlete with the most points at the end of the day was crowned the champion. The new format sees the six disciplines split across three rounds. In round one, all athletes need to show their expertise in what we call the traditional disciplines; the Underhand Chop, the Stocksaw and the Standing Block Chop.

All 12 athletes compete in round one with 12 points awarded for first place, and one point for last place, with one point increments for all athletes in between. To make it into round two, you need to be in the top eight, if you aren’t – you’re out of the competition!

In the second round we move on to the two more advanced STIHL TIMBERSPORTS® disciplines; the Singlebuck and the Springboard. In round two, 16 points are awarded for first place, and two points for last (eighth) place, so you get double the points per placing. At the end of round two we lose two more athletes, leaving six to battle it out in round three on the Hotsaw. In the third round, points treble, with 18 points awarded to first place, and three points for last. This means if you are within 17 points of the leader, you still stand a chance of winning!

Q: A bit more complicated than the old format, does this mean it will be hard to follow?

Not at all! It’s going to be extremely exciting with the leaderboard potentially going up and down all competition. The guys are going to be under extreme pressure from the start. In the old format, consistency was the key, you didn’t need to win a discipline to be crowned champion. In the new format, you can potentially recover from a mistake in round one, but when you get to rounds two and three, you can’t afford a mistake with double and triple points up for grabs!

Q: Does this suit or not any particular athlete?

When you look at the field we’ve got in the final, I don’t think there are too many disadvantaged by the format. Reigning Australian and World Champion, Laurence O’Toole, tried and tested this format in Liverpool last year and won, so he’s got that under his belt. Brad De Losa has competed in the format twice too, so he knows how it runs.

Round one definitely suits the likes of Brayden Meyer, Glen Gillam, Mitch Argent, Kody Steers and Laurence O’Toole with two chopping disciplines, so Matt Gurr, Jamie Head and Brad De Losa will need to make sure they finish high in the Stocksaw and secure a top four spot in either the Underhand or Standing Block Chop, or It will also depend who comes into the final 12 from the qualifier the day before. If some big choppers like Brent Rees or Jake Dingle make it through then we could see some big names exit in round one.

When you get to round two, that’s when the tide could turn a little from the bigger guys, De Losa and Head should look to take top points in the Single Buck, and Matt Gurr will need to show his expertise in the Springboard, but saying that, Meyer, Gillam and O’Toole are all capable of setting records on their day in the round two disciplines.

When it comes to the Hotsaw, it is anyone’s guess. The formbooks would say De Losa and O’Toole will dominate, but it depends if they even make it that far! Brayden Meyer has lost the title in the Hotsaw two years in a row, but he has changed his saw and has been putting in the hours. Kody Steers could run a low six second time and so could Matt Gurr and Jamie Head if they get to round three. What is for sure is that you cannot afford a DQ and still win the title.

Q: You mentioned the pre-qualifier, who is in it and who is your pic for that?

Our top eight athletes from last year are automatically in the final. With the new format, four more athletes are needed to make a final of 12. On Friday 13th we’ll be running a behind closed doors pre-qualifier to find those four athletes. The field is made up from some really great competitors ranging from the top up and coming talent in former rookie champions Daniel Gurr and Josh Bakes, then there’s the likes of Brent Rees who finished fourth in the Australian Trophy this year, Jake Dingle who’s been in great form across the Australian Wood chopping circuit. You can never underestimate the likes of Chris Owen and David Coffey, they’ve beaten the top eight in individual disciplines before. Jarrod Williams, Blake Meyer & Josh Adamson are ones to watch too, if they make it through to round two they’ll be in the top places in the springboard. Then you have Brodie Dingle, Dale Beams and Brad Turner returning to the series after taking a break last year; its anyone’s guess! However, if I was a betting man, and I am, I reckon Dan Gurr, Dale Beams, Josh Adamson and Jake Dingle to make it through to the final.

Q: And who’s your tip for the Australian Title?

Over the past 3 years Laurence O’Toole, Brayden Meyer and Brad De Losa have dominated the podium, so they’ve all got to be in the running. I’m going to sit on the fence and say it’s going to be close. With the new format, I do think we’ll see at least one new face on the podium, when you look at the results across Europe, New Zealand and USA so far this year we’ve had seven or eight new national champions, so it could be the same story for us too.

Q: As Australian Sports Director, what’s your role at the event?

It’s a fancy title, isn’t it? My role is to be the link between the athletes, the judges, the crew, and the STIHL TIMBERSPORTS® organisation. I address any concerns the four parties may have before, during and after the competition, to ensure all runs smoothly and communication is clear and correct. It’s a great role to play in the series as I just love the sport and all of the people involved. 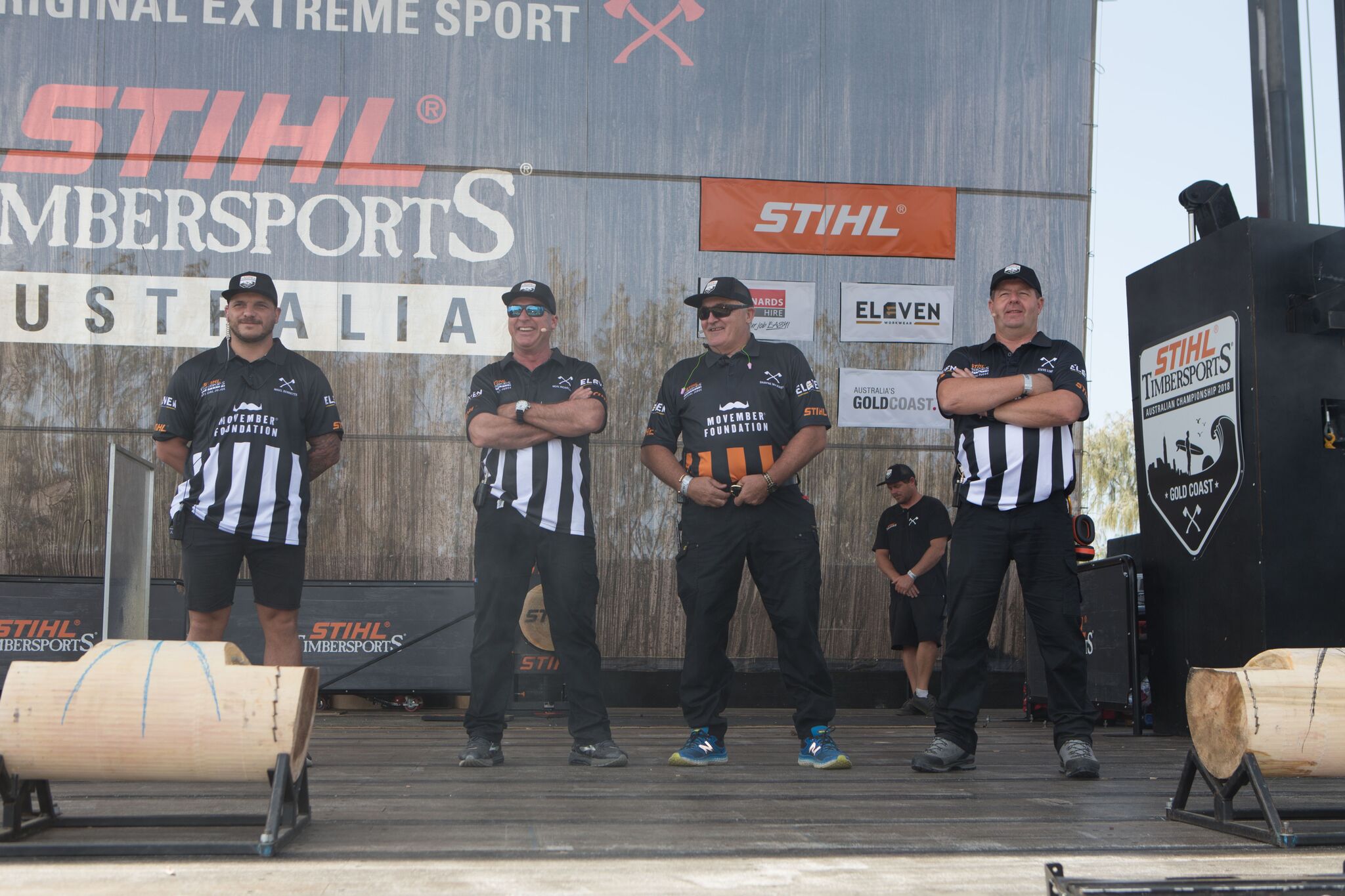 The 2019 STIHL TIMBERSPORTS® Australian Men’s Championship will start at 2pm on Saturday 14th September at the Broadwater Parklands Southern Lawn on the Gold Coast. Entry is FREE, and gates open from 9:45am with the Women’s Championship starting at 10am, and the under 25 Rookie Championship from 12pm. 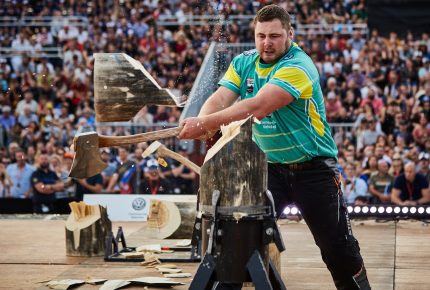 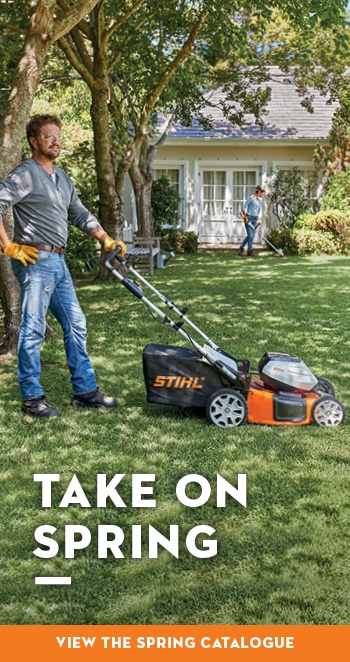