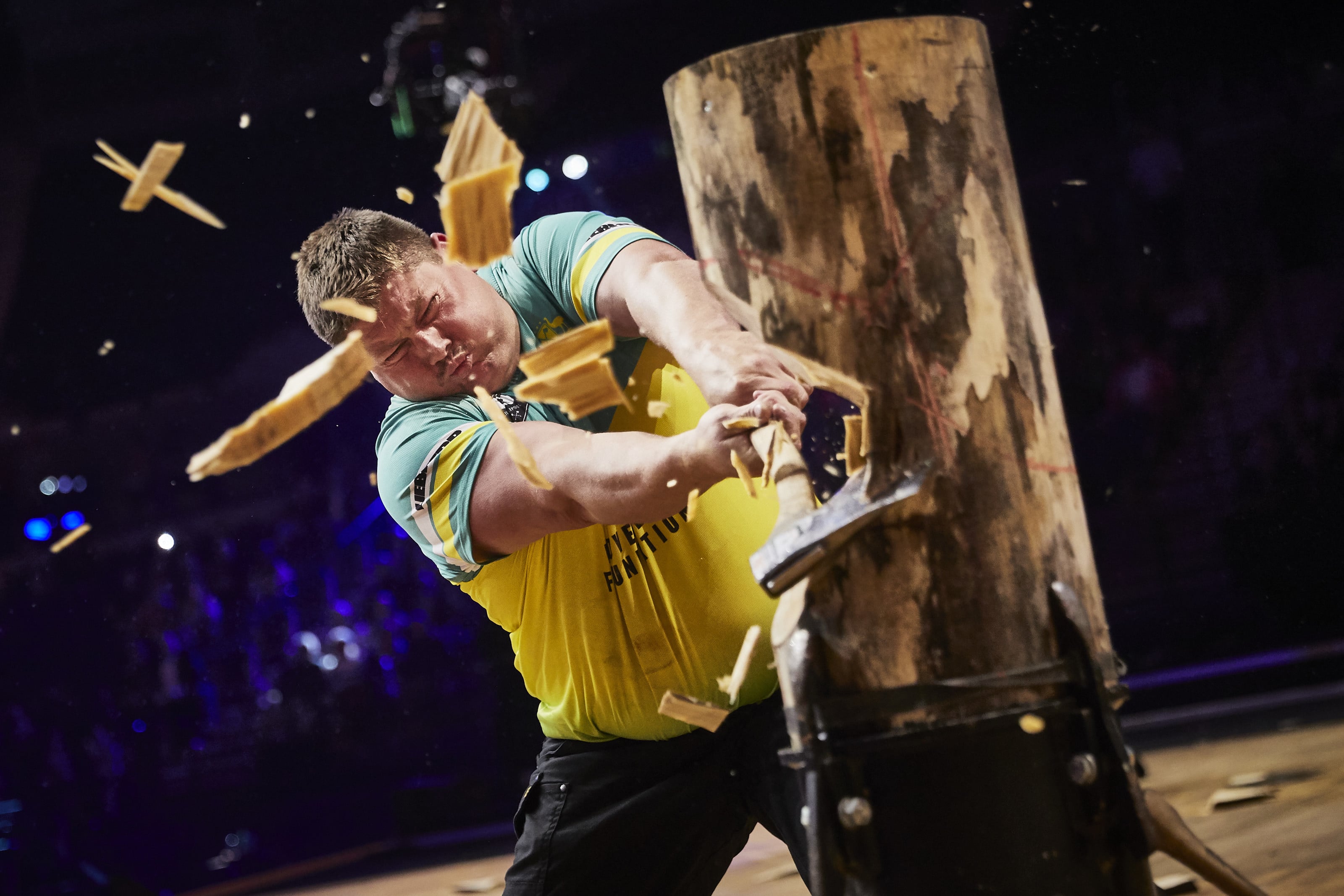 STIHL TIMBERSPORTS®: FROM THE BACKYARD TO THE WORLD STAGE

On the 27th April, Australia’s best wood choppers and sawyers from around the country will descend on Geelong’s Steampacket Gardens for the 2019 STIHL TIMBERSPORTS® Australian Champions Trophy. If you haven’t yet made up your mind on whether or not to go, here are two reasons why you simply cannot miss the first STIHL TIMBERSPORTS® event for 2019!

It’s the Original Extreme Sport, and it’s as Aussie as it gets! 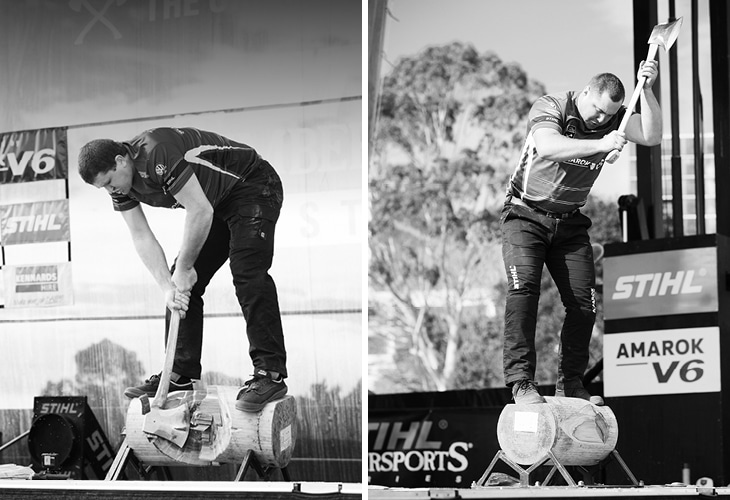 There are few sports that originated downunder, with Australian Rules Football being the most well known and celebrated across the country. However, you may be surprised to learn that the now world famous extreme sport of wood chopping actually originated in Australia, right here in our own backyard.

Legend has it that the concept of wood chopping in the form of a competition came to life back in the early 1900’s when two fair dinkum forestry workers in Tassie found themselves having an argument in a pub (where else?) about who could chop through a felled tree the fastest. Sure enough, with a couple of pounds on the line, there was only one way to settle this argument without the use of fists, and it was there that the first ever underhand chop contest took place. Since then, wood chopping has grown from small, unofficial backyard contests to full-scale global competitions, which are now main attractions at most local and royal shows across the globe.

In 1985 across the pond in the USA, STIHL TIMBERSPORTS® was created by STIHL, the world’s number one selling brand of chainsaws. STIHL designed the competition with four traditional wood chopping and sawing disciplines; the underhand chop, the standing block chop, the spring board and the single buck. Also added to the mix were two new chainsaw disciplines; the STIHL stocksaw and fan favourite, the hotsaw.

Since 1985 the competition has grown in stature to a global series which is now contested in 23 countries around the world. Each year, STIHL TIMBERSPORTS holds two major global championships in Europe; the World Championships and the Champions Trophy. Each year, the sports best athletes from across the globe compete in their home countries to secure a spot at these global events in a bid to claim a world title. Who would have thought a couple of Aussies could have started all of that?

AUSTRALIA’S MOST SUCCESSFUL SPORTING TEAM IN THE PAST DECADE 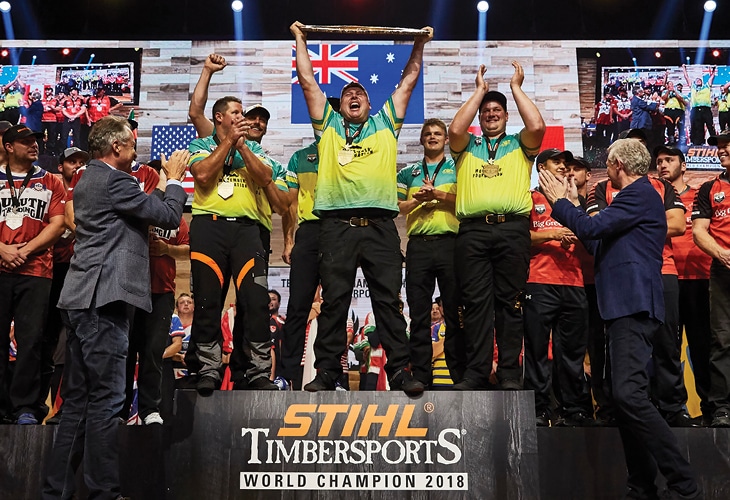 Our cricket team have been too busy perfecting their home reno skills on the pitch over the past few years, and the Wallabies and Socceroos never quite seem to cut the mustard when it counts. Thankfully, Australia is also home to the STIHL TIMBERSPORTS Chopperoos who have been arguably Australia’s most successful sports team and individuals of the past decade. Don’t believe us? Let’s look at the stats!

The Chopperoos have won the STIHL TIMBERSPORTS® World Championships a record five times! Starting in 2012, they won their first world title in The Netherlands, beating the Kiwis in a thrilling final. The big New Zealanders didn’t like that too much, and were back with a vengeance to claim the title in 2013, but then our boys went on a three-peat winning streak; Austria in 2014, Poland in 2015 and Germany in 2016. A rule infraction at the 2017 World Championships in Norway denied the Chopperoos four in a row (maybe they were watching too much cricket?), but then they came back to redeem themselves last year in England to break the world record and win the World Championships a record fifth time.

It’s not only the team that have dominated over the past decade, our Aussie athletes have won six individual world titles in STIHL TIMBERSPORTS too. The most recent in 2018 was Laurence O’Toole who broke a Jason Wynyard of New Zealand’s four year winning streak by claiming the ultimate prize in STIHL TIMBERSPORTS®, the Individual World Championship. O’Toole beat all 12 of the top athletes from across the globe at last year’s World Championship in Liverpool, England. The only other man to beat Wynyard in the previous nine years was fellow Aussie, Brad De Losa, who managed the feat in 2013. In that time, De Losa also claimed three World Champions Trophy titles; Hungary in 2014, Italy in 2015 and Germany in 2017.

Fellow Australian Brayden Meyer took the honours in Austria in 2017 to complete an Aussie whitewash of four years straight. However, that run unfortunately ended in France last year when Stirling Hart from Canada did the unthinkable and became the only non-Aussie or Kiwi to claim a world title in STIHL TIMBERPSORTS®. 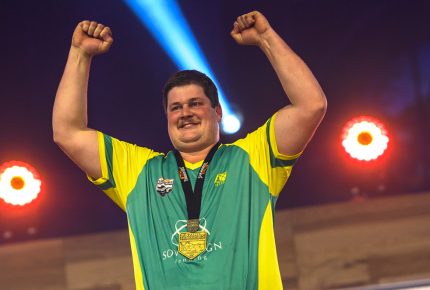 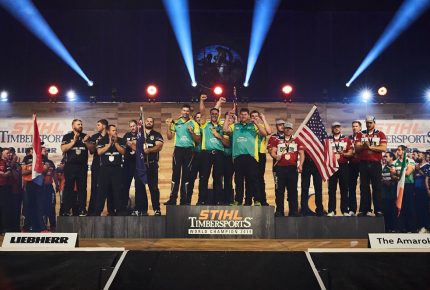